Vishnu Sahasranama suffered neglect with the rise and spread of Buddhism. It was relegated into the limbo of time. In the interrugnum that followed, there was none so enlightened as to match the impeccable genius of Vyasa Maharshi to interpret the limitless expanse of philosophy contained in it. After a lapse of what looked like aeons of time it was the Shri Shankaracharya, the mighty torch-bearer of the revival of Hinduism, to lift it out from the requiem of neglect and put it back on the fore front, with his monumental commentary known as Shankara Bhashya.

The Sahasranama belongs to one and all just as Shri Sai-Baba belongs to men of all religions, castes and creeds. Probably because of these characteristics, Shri Sai Baba recommended the Sahasranama to everybody. It does not accept any sectarian conceptions. Its application and outlook are universal and catholic. All schools of believers find shelter in the Sahasranama. The philosophy of Sahasranama is so complete and exhaustive that it does not discard the atheist, non-Hindu and the non-believer. For them ‘Sunya’ stands out in bold relief.

As a form of literary expression and excellence, Sahasranama are peculiar to Sanskrit. No doubt it is a very difficult vehicle of portrayal where no elbow room is allowed for the elaboration of ideas on the different philosophical treatises, juxtaposed as they are, in a mere thousand names. It gives a subtle, bubbling thematic idea and the rest is left to the fertility of the mind to interpret and elaborate on it. For this reason, the layman should not think that the Sahasranama is a mere haphazard jumble of names. On the contrary, it is a perfect visualisation of a continuous stream of thought, arranged in proper sequence, one word being chained to the other, explaining and complementing the other. Remove one word, the chain is broken of meaning and syntax. A whole gamut of philosophy is etched in those supposed mazes of words. In fact, there is no wisdom on earth which is not contained in the Sahasranama. There is no problem a study of which it does not solve.

It is a tribute to the infallible genius of Vyasa that the seemingly divergent names of the Lord have been picked and arranged in such logical conversational sequence to condense a great philosophy of many-sided interpretations in a mere thousand words. In bringing out the Truth with such clarity and precision, its value is so priceless that in Bhaja Govindam, Shankara exhorts his disciples that the Gita and Sahasranama should always be sung. ‘Geyam Gita Namasahasram’
Sahasranama occurs in Chapter 149 of the Anushasanika Parva of the World’s largest epic, Mahabharata, It consists of 141 slokas in a phalanx containing 13, coming in front as introductory and invocative of the Presiding Deity, and 22 at the end as Phalashruti. The main Sahasranama consists of 107 slokas containing the thousand names of the Lord. In some renderings, it exceeds the thousand by a few more. It is their contention that Sahasra in Sanskrit refinement means myriad and not confined to the numerical 1000.

Because of the Anushtup Chanda (metre) in which the Sahasra-nama is set, the poetic rendering takes on a difficult narrow defile and, therefore, for purposes of expressive projection of ideas and themes, it takes recourse necessarily to repetition of words (Punaruktbi) sometimes three and even four times also. Of the thousand names therefore there are as many as 84 words which come twice, thrice and four times.

Sahasranama is a sovereign philosophy for the way of life, a princely secret for the deliverance of man and a supreme purifier of mind and vasanas. It is an eternal code which accords with Dharma and whose qualities can be perceived by direct experience. In essence the entire sub-stratum of the Sahasranama is filled with the pivotal subject of Dharma. It fathoms out the fact that Dharma is the SUMMUM BONUM of the life’s objective of living. The birth of Sahasranama is based on six questions put on the different aspects of Dharma. The questioner is Dharma-putra (Yudhishtira). The questioned is Dharmapala (Bhishma), The question is on Dharma. The discourse is presided over by Dharmadhyaksha (Lord Krishna). It is delivered on the soil of Dharmakshetra (life’s battle). Dharma takes precedence in the answer and the conclusion is on Dharma. The subject of Dharma is therefore the CAUSE CELEBRE in the Sahasranama as the unexcelled and the final goal. It is, therefore, no exaggeration if it is extolled by all as the king of Sahasranamas. Unlike all other Sahasranamas, when it is merely referred to as Sahasranama it is understood as Vishnu Sahasranama.

It needs no emphasis to say that Sahasranama highlights the truth that Dharma is the other face of Yagna and that to be wedded to Dharma is the highest form of Yagna. (Any action coupled with sacrifice is yagna).

Sahasranama is both a Stotra and a Mahamantra. In fact, each Nama has the value of a Mantra and for an Upasaka the repetition of each Nama will give the same Mantra effect, as the repetition of the Sahasranama itself. These words gain credence from Spastaksharah Mantra (279-280) which is followed significantly by Chandransu (281) that is which is drawn from the depths of the mind (Upasana). One should first acquire the Upasana shakthi by regular devotional recitation of the Sahasranama to gain the promises it holds out. YAANI NAAMAANI GOUNANI VIKHYATAANI MAHATMANAH i.e. each name is expressive of its gunas and attributes as extolled by the great souls. According to Vishnu Smriti, meditation on the attributes of Vishnu is like a mental bath which purifies the vasanas by removing the dirt of desire and hatred and all other kindred evils of the mind.
The miraculous powers of the recitation of the names of Vishnu has been referred to in the Charaka Samhita, a famous Ayurvedic work. It is a remedy for fever and other incurable diseases where medicine fails. According to Bana, famous author of Kadambari, Sahasranama should be sung in the confinement rooms for easy delivery and for fame-giving children, who build up the character of the country.

The Vedas say that “Vishnu Pada” (His form, abode, foot, or name) overflows with sweet honey. The place where He is praised, sung and adorned will be full of sweetness and contentment. The name is inseparable from God. They are coeval. It is even more powerful than God Himself. Ajamila had conclusively proved by his example that the Name destroys sins not only of this birth but also of the previous births.

A unique feature of the Sahasranama is that all God-Realised souls have adored it. Adi Shankara whose origins were in Shaivism had actually lifted it from out of oblivion and wrote an unparalleled commentary on it, making it a resplendent jewel for veneration and worship.
It is not necessary to know the meaning of each word to recite it. Shyama who was ignorant of Sanskrit became in due course so well-versed in it by merely reciting Sahasranama regularly that he began to explain its philosophical meanings.

Garuda Purana says that if one praises and adores the Creator with the same interest with which one praises a rich or a powerful man, the Lord would deliver him from the thralldom of the cycle of births and deaths Take to the praise of the Lord through the Upasana of the Sahasranama. It is an embodiment of noble thoughts, loving words and virtuous deeds, a recitation of which is nothing but an oblation to the Lord. It is the supreme yagna one can perform. It takes its upasaka from out of the fires of mundane afflictions and drowns him in the nectar of spiritual affluences. It lifts one from the earthly frontiers to the celestial heights. THESE ARE NO EMP’IY WORDS.
The last word, however, is not yet said. Sahasranama culminates in the final word Sarvapraharanayudah (1000) where the Lord comes to the rescue of the devotee fully armed with every conceivable weapon guaranteeing full protection from any calamity the devotee may face. The man of action finds God in fire, the man of meditation in the image but the strong in spirit find God everywhere. Sahasranama gives that strength of spirit. 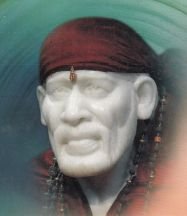 This is the photo of the Sai Baba statue in Sai Spiritual Center Bengaluru, whose eyes were opened after chanting of the Vishnu Sahasranamam

Sri Radhakrishna Swamy (an apostle of B.V.Narasimha Swamy) who established the Sai Spiritual Center in Bangalore always encouraged Vishnu Sahasranama recital., there were miracles which prove the power of Vishnu Sahasranama. The Swamiji insisted there must be three steps for the pedastal, obvioiusly signifying that the ”Trigunas’ (Sathava, Rajas and Thamas) should be overcome by any one desiring to come close to Him.

On a chosen sacred day in May 1978, Sri Radhakrishna Swamiji installed the idol after the requisite homas and rituals, in the presence of a few contemporaries of Sai Baba. But unless one went very near the idol, the eyes were not visible which appeared to be closed. Swamiji said that the devotees should continue to chant Sri Vishnu Sahasranama and offer poojas and that Baba would open His eyes. Now, any one can see the beautiful spearkling eyes of Baba from thirty or forty feet away. (Sai padananda July 2002 by R.Seshadri)
No Wonder Swamiji was assertive: “‘ Recitation of Sri Vishnu Sahasranamam is the panacea for all ills.”

print
1+
Enjoyed this article? Share it with others.
[Sassy_Social_Share] 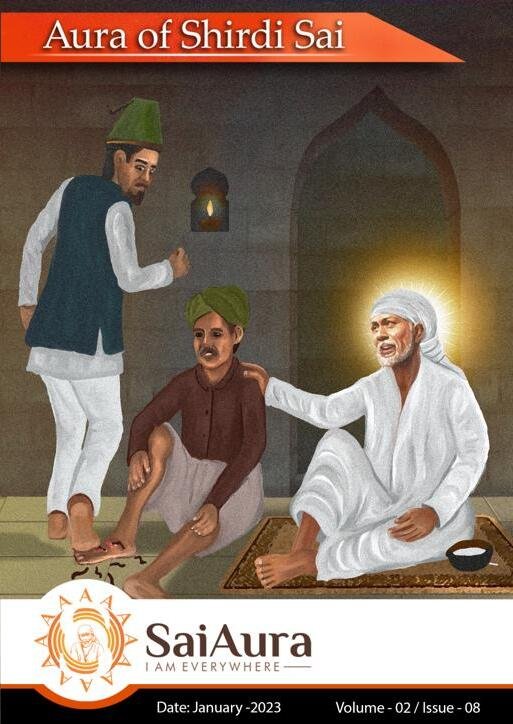 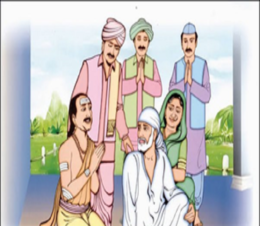