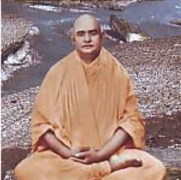 Tapasvi Maharaj’s ashram is about 70 kilometers from Bangalore. He is a crown prince of Rajasthan and renounced the pleasures of royal life and came down to South India at the young man of 20 years and met several great personalities including Saibaba of Shirdi and did penance for decades. He influenced thousands of seekers and eulogised Sai Maharaj in his teachings. Sri Narasimha Swamyji and Sri Radhakrishna Swamyji were always blessed by Tapasvi Maharaj on their visits to Nandi hills. He underwent “Kayakalpa” treatment from a Himalayan masters to regain his youth. His ashram at foot hills of Nandi reverberates with the blessings of Tapasvi maharaj. And visitors feel the living presence of Tapasvi maharaj . Articles used by him preserved in the ashram. 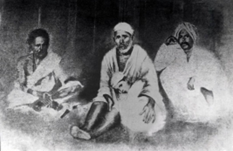 Very few Sai devotes are aware that Venkusa avdhuta after initiating Young Saibaba migrated along the Nizam’s territory came down to South India. He established an ashram at Hussainpur, 20 km from Pavagada Karnataka- Andra Pradesh border. He must have attained Mahasamadhi around 1860 when Manik Maharaj was reigning. His samadhi is being worshiped by present priest Mr. Varadaraj as a fifth generation Brahmin from Hoysala Karnataka family as mentored by Gubbi Chidambara Swamyji who has his ashram 40 km away. Many Sai devotees from all over India visit the ashram to have blessings of avadhuta. A few devotees from Bengaluru recently performed archana and Vishnu Sahasranama homa.

Shirdi Sansthan authorities also visited this place. A documentary is being prepared by the present trustees –

Nisarga Datta Maharaj was born on 17th April 1887, at Kambli. He was a devotee of Saibaba and revered him as a saint in a busy city. He had many followers and stuck on to advaita philosophy. He had millions of followers. He attained Maha samadhi in 1981.

When a devotee walks into Dwarakamayi at Shirdi, they will

bow down to the stone on which Baba used to sit and meditate. Overlooking the stone there is a portrait of Saibaba painted by Dattaram Dwarakanath Neroy. He painted this to be gifted to Kamubaba who lived in Goregaon, -Mumbai. Kamubaba was a Muslim saint and was the Guru of Neroy. Kamubaba advised Neroy to gift the painting to Shirdi Sansthan to place it in the Sabha Mantap. Now millions of devotees see the beautiful portrait of Saibaba painted by Neroy.