He is an ageless ‘Guru’ for eternity. It is said that he is roaming in the Himalayan regions and gives darshan to select seekers who go to Manasarovar and Amarnath Cave. His direct disciples are Lahiri Mahasaya, Yukteswar Giri and Paramahamsa Yogananda. Whoever is blessed by him gets instant Self-Realization and becomes a ‘Brahma-Jnani’.

Lahiri Mahasaya’s Samadhi is in Varanasi on the way to Vishwanath Temple, just opposite Hanuman Mandir. It is located in an isolated house locked from the outside. One has to visit the Samadhi from a side door. Sai devotees reportedly observe subtle conversations from near the Samadhi and it is stated that Sai Baba, Lahiri Mahasaya, and other saints come together to have spiritual discussions.

Samadhi of Yukteshwar Giri is at Ranchi from where the “Yogoda Satsang Society” operates.

The Samadhi of Paramahamsa Yogananda is in San Francisco, the USA where he attained Maha Samadhi in 1952. His mortal remains remained fresh even after 10 days of his Maha Samadhi. His book “Autobiography of A Yogi” is translated into more than 40 languages in the world. His memorial is vibrating beckoning spiritual seekers.

This Saint lived for 400 years roaming all over the country and blessing devotees, and his life extended from 16/20/1610 to 1931. He was first seen as a one-year-old infant at the Madurai Meenakshi Temple. His contemporaries were Ragavendra of Mantralaya, Sai Baba of Shiridi, and many other Saints. His Samadhi is erected at Arasareddy in Madurai. Many miracles of his 400-year lifetime and post-Samadhi period are recorded. When his mortal remains were taken to the cremation ground, he appeared to be one of the pallbearers. 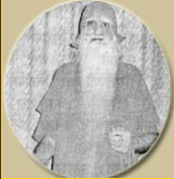 There is a reference to Swami Rambaba in chapter 23 of Sai Satcharita where he comes to meet Sai Baba along with Nana Saheb Chandorkar. When he sees Baba eating onions, he gets disappointed and Baba tells him that one who can eat and digest onions can attain Self-Realization. Ram Baba always used to chant ‘Ram Nam’ and lived for 120 years and attained Maha Samadhi in 1989. His memorial is erected at Mahalaxmi Temple, Mumbai by the sea shore.