Sai Baba had kept his religion and caste as a secret. He could not be called a Hindu as he preferred to stay in a mosque. He performed ‘Namaz’ and taught Koran to Abdulla and would freely use Islamic terms – ‘Allah Malik’, Mera Fakir, Yaad-e-Huque’ etc., Even the food he prepared was sanctified with Muslim rituals. While dining with Hindus, he would make Bade Baba sit with him to remove any communal tinge to the gathering.

If you consider Sai Baba as a Muslim, he was burning fire in the ‘dhuni’. He would have ‘Arathi’ waved in the mosque. Hindus recited the Gita, Bhagavatha, Ramayana and other scriptures. While passing through the village, whenever he came across Hindu temples, Sai Baba would stop and fold his hands in reverence. Sai Baba made both the communities guessing that he belonged to their own community!

To strengthen the impact of non-communal behavior, Baba attracted both Hindus and Muslims through many miracles. He was very particular that they followed their religious practices regularly, like insisting Brahmin devotees to perform ‘Sandhya vandana’. Muslims to perform Namaz etc., 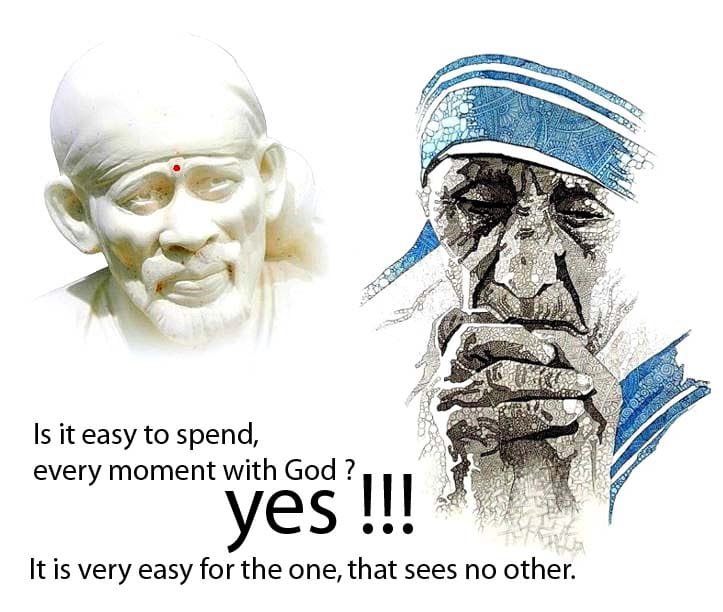