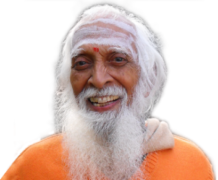 Our invocation to Lord Sainath to bless the entire humanity.

God is known as the Creator. What does He create — the universe, elements, or souls? Many people believe that everything is God’s creation, and all that happens on Earth is done by God. Human beings merely are the instruments who execute His will. This would inter alia mean that God is behind every crime being committed by people. Such a belief encourages people to blame God for their misdeeds, misfortunes and sufferings.

God, however, is universally regarded as the Supreme Being, ever-pure, benevolent and merciful. If everything we do was truly His will, then real peace, happiness and bliss would not have eluded us but would have prevailed on Earth, which unfortunately is not the case.

The idea of God directing all activity on Earth is carried further by some people, who hold that He guides the behavior of the elements too. Not a leaf can stir without His command, they say. But the forces of nature are governed by well-defined laws of science. God does not create souls, either. Matter, souls and God are all eternal, and life is the interplay of these three forces. God’s role can be broadly classified into three categories — creation, sustenance and destruction. It is 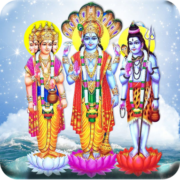 really the recreation of a new world order, destruction of the old one and sustenance of the new order.

“Those who love me the most, they see me always before them. Without me their universe is desolate. They have only my stories on their lips.” – Shri Sai Baba (Chap 44, Ovi 148)

God performs the first task by changing the quality of our consciousness. Human consciousness, which shapes our attitude and behavior, is at the root of everything we see in the world. Modern amenities and scientific inventions have all sprung from human minds, and so have the social, economic, and environmental crises brought about by our wrong behavior. Many of the things we see around us today did not exist a few centuries ago, because the kind of human consciousness that has created them did not exist earlier.

To bring about complete transformation and to change the world from hell to heaven, God changes our consciousness. When a critical mass of people shifts to a higher quality of consciousness and starts to think and act based on the human soul’s innate qualities of peace, purity, love, and truth, their flaws and the problems they create disappear. Concomitantly, the old order, in which people are spiritually weak, and their actions are, therefore, influenced by vices such as anger, greed, ego, and lust, crumbles, when misguided human behavior precipitates cataclysmic events. These events bring about drastic changes in the world, paving the way for the dawn of the new world order, or the Golden Age. This very planet becomes a paradise when everyone becomes the best they can be, in terms of their humane qualities, thinking, and behavior. That flawless world is governed by those with the highest spiritual qualities and virtues.

“Not only I, but my tomb would be speaking, moving and communicating with those who surrender themselves whole heartedly to me.” – Shri Sai Baba (Chap 25, Ovi 105-108)

They are the divine beings who are worshipped to this day in temples as Lakshmi, Narayan, Ram and Sita. These deities are human souls who attained their full potential by elevating their awareness and living by the best principles of spiritual wisdom, Rajyog meditation and universal values. It is through these elevated beings or deity souls that God sustains the new world order.