How Baba was interned at Buti Wada

When Sai Baba attained Maha Samadhi, a controversy arose about the disposal of the body. Fakir Bade Baba, the Maulvi and other Muslims said that according to Muslim custom Sai Baba’s body should be taken to kabaristan and Hindus should not be allowed to touch the body. But the majority of Baba’s devotees were Hindus and many of them said that it was Baba’s wish that he should be interred in Buti’s Wada. Accordingly digging started in the sanctum sanctorum of the Wada. In the evening the Revenue officers came from Rahata, and discussions continued throughout the night.

In the early morning of 16th October, Sai Baba appeared in the dream of Laxman Bhat (Gramjoshi of Shirdi and maternal uncle of Madhavrao Deshpande) and said to him: “Arise immediately. Bapusaheb Jog will not come for the Kakad arati today. He thinks I am dead. So, you come and worship me!

Laxman Bhat woke up and rushed to the masjid, ready for puja. He removed the cloth covering Sai Baba’s face, looked at him with loving devotion and performed the puja according to traditional rites. The Maulvi tried to prohibit Laxman Bhat from touching Baba’s body, but Bhat disregarded him, completed the puja, applied tilak to Baba’s forehead and placed paan and dakshina in Baba’s closed fists and left.

By then the Mamledar of Kopargaon arrived. Devotees had arrived in large numbers too, on learning of Baba’s passing away. The Mamledar now took the sense of the group. He found that two hundred were in favor of interring the body in Buti’s Wada while one hundred were opposed to it.

That did not end the controversy. The Mamledar stated firmly that unless there was unanimity, he would not give permission, in exercise of his power, but refer the matter to the Collector of Ahmednagar.

Kakasaheb Dixit made preparations for going to Ahmednagar to Collector himself. The Muslims were aware that Kakasaheb commanded great influence in government circles. The outcome of the controversy was therefore in no doubt and therefore there was no use opposing him. So, at last the dissenters decided to give conditional consent to the interring of the body in Buti’s Wada. The condition was that just as the Muslims had free access to the Masjid during the lifetime of Sai Baba , they should have the same freedom to visit the Masjid and the Wada.

The story about Booti’s Wada itself is worth telling. 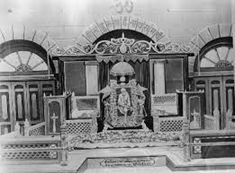 One night while Buti was asleep, he had a strange dream. Madhavrao Deshpande in an adjoining bed had also the same dream. Baba appeared to Buti and directed him to build a wada along with a temple. Buti immediately woke up and sat in his bed recollecting his dream. At the same time Madhavrao Deshpande was noticed by Buti to be crying in his sleep. So Buti woke him up to enquire what the matter was.

Madhavrao replied: “Sai Baba came near me and said distinctly: ‘Let there be a Wada with a temple so that I can satisfy the desires of all.”

As both Buti and Madhavrao had the same dream, they were wonderstruck and prepared themselves for the task. Buti had the resources to construct the Wada. A plan was drawn up and it received the support of Kakasaheb Dixit. Next day while the three of them were sitting near Sai Baba, he gave his blessings to the idea.

Madhavrao supervised the construction of the basement, the ground floor and the well. Occasionally Baba would pass by and look at the construction work and make suggestions for improving the appearance of the Wada. Further construction continued under the supervision of Bapusaheb Jog. Unanimously Sai Baba was interned at Buti Wada