Chandrabai Borker first visited Shirdi in 1892 perhaps at the age of about 22 years and was an ardent devotee of Baba. In one of her visits to Shirdi, Baba gave her his tooth as a memento which she made into a talisman for veneration. Baba also gave her a small photo of his, painted by Shamrao which she preserved in their Bombay house.

She also visited Shirdi in about 1898 when Baba was lighting the lamps with just water. In the same year, she also saw Baba sleeping on a small narrow wooden plank (given by Nanasaheb Dengle) with 4 earthen lamps at each of the four corners on the plank, suspended from the roof beam with slender cloth threads (rag pieces. Baba sleeping on the suspended plank tied with slender cloth pieces surprised all as to how the plank withstood the weight of Baba and plank, without any fall and equally surprising was how Baba climbed the plank and came down from the plank which nobody knew. At that time, the masjid was not renovated and even Sathe Wada did not exist. Whenever she went to Shirdi she used to stay in the houses of some villagers. Many villagers and devotees thronged the masjid to watch these activities of Baba. Hence Baba broke the plank and threw it away. 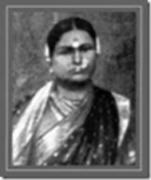 Ramachnadra Borker was her husband. In about 1909 Ramachandra who was an engineer, was supervising the construction of a bridge at Pandharpur and his family was residing in Pandharpur. Once she went from Pandharpur to Shirdi. But Baba advised her to go back immediately to Pandharpur. She was not aware of the developments in Pandharpur but however reached Pandharpur on Baba’s advice and found that her husband was not there and had gone to Bombay after resigning the job and she felt extremely unhappy at the sudden developments. She did not have enough money to buy tickets and on the other hand she had two companions with her. She was perplexed and was in a quandary as to what to do and at that time a fakir appeared before her and told her that her husband was in Dhond and asked her to proceed to Dhond and delivered three railway tickets to her. She received the tickets and then proceeded to Dhond. On reaching Dhond, she observed that her husband was waiting on the platform, to her surprise, to receive her. He also told her that a fakir appeared before him 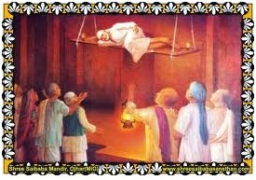 and advised him not to neglect his wife and also informed that she was coming to Dhond and informed her bogie number also. He enquired who that fakir was and then she showed him a photo of Baba and he recognized saying that the same fakir appeared before him and gave the information. Such was the miracle performed by Baba. This indicated that Baba would watch constantly his devotees and help them in all their endeavours.

On the Gurupurnima day in July 1913, Chandrabai Borker, on Baba’s advice, went to Khandoba temple to worship Kashinath (who became Upasani Maharaj later on) the way Baba was being worshipped. This lady was very stubborn in her approach and started worshipping Kashinath with all the puja material. Kashinath did not like and refused to be worshipped. But Chandrabai was firm and told him that even his body, which he thought was being worshipped, did not belong to him. From that day onwards, Kashinath became Upasani Maharaj

Her son grew very well and got married also. She got a temple for Baba constructed within the compound of their house. Her desire was to install the statue of Baba in that temple. Finally in 1958, Baba’s statue was installed in that temple. Her desire was fulfilled. She passed away happily in Nov, 1958 perhaps at the age of 88 years. Hers was a blessed soul.